Costello – March Pet of the Month 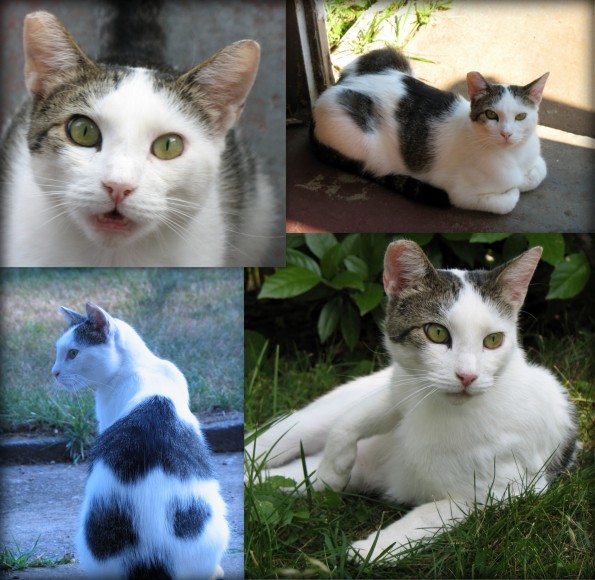 Costello has spent a lot of time at EAAC lately. Currently fighting off some tough upper respiratory issues, Costello recently needed a feeding tube placed. But this cool cat has been a pretty good sport about his treatments. He has also become a staff favorite here at EAAC, and we are all rooting for his swift recovery. Costello’s owner took the time to share his story with us:

He Came With the House

Legend has it that Costello was born in the crawlspace of the house he now lives in with me. He and his feral siblings lived outside in the first years of their lives. Neighbors put food out for the cats, which they seemed to enjoy as a supplement to their wild prey diet. I ended up taking in Abbott and Costello, so named because they were always together. Costello and his brother Abbott were best buds until Abbott passed away two years ago. It took several years for me to nurture a relationship with them, as they were shy about being touched and terrified of coming in the house. They spent several cold winters sleeping in plastic kennels on the front porch. Eventually the barriers came down. Costello was the first to take a chance jumping on my lap, and then immediately jumping off, which he had to do several times. After I had been tested for safety, much lap-sitting was had.

That was some years ago, Costello is now very comfortable with me. His most endearing quality (and most annoying) is that he wants to be everywhere I am. This means that if I’m playing the piano, he has to be sitting on the piano keyboard. If I’m working on the computer, his prime resting place is on computer keyboard and sometimes on my hands. When he does this, his face reads “What? What’s the big deal?” He is also a purring machine. He wakes me up by silently climbing on my chest and turning the machine on. He also purrs while he eats, which makes him sound gluttonous (which he really is not).

He is an affectionate cat and his companionship brings me great pleasure. He and his little imp brother were the best housewarming gift I could have received.