Pets of the Month: Elmo and the Crew 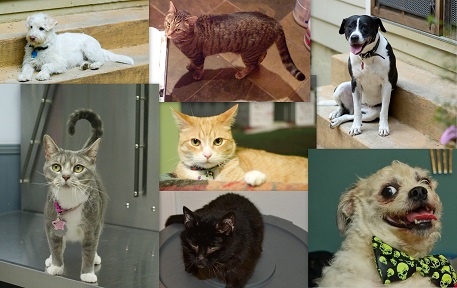 Meet Elmo and his friends! 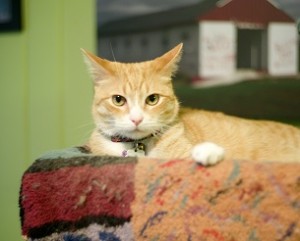 Hi Everybody. I’m Elmo and I’ve been coming to East Atlanta Animal Clinic for over 10 years. I recently had a bunch of dental work done but am still friends with everybody at the clinic and am so grateful to them for their awesome care. I’m still quite a looker even if I don’t have my top canine teeth. I’ll be having my adoption anniversary in November and will be turning 13. I’m not the oldest in the family, but I’ve been here the longest. One of my favorite hobbies is eating so they have to watch what I eat or else I would be an absolute Garfield cat. My other favorite thing to do is hunt. I don’t go outside but I have a few toys that I hunt and carry around the house so I can give them as presents to my parents. I even let my brothers and sisters play with these toys even though they are so important to me. I have the loudest purr which keeps my mom from sleeping but she never throws me out of the bed. I’d like to tell you about my brothers and sisters. 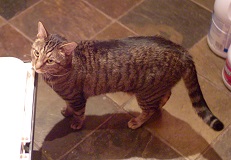 He’s also going to be 13 years old soon but you would never know it because he has a lot of spunk. Although he’s really sweet and loves a good warm lap, he’s also the boss of the dogs. They get along great when they behave, but if they act up, Philbert will be the one to tell them to knock it off. He’s been known to corner a dog or two and will not let them out of my sight but he’s a generally good guy. 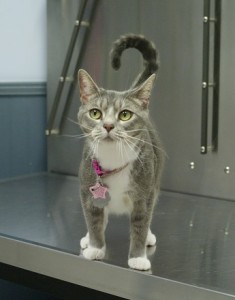 She’s always been a great cat, but lately she’s become the biggest lover. She loves to sit on dad’s chest and love on him. She also loves his earbuds and cords and owes him a lot of money for all that she has destroyed but she’s really cute and gets away with murder. She has also single-handedly broken all of the venetian blinds. But see above—she’s really cute and gets away with murder. She’s also a tough cookie and wrestles all of us boys who are much, much bigger than she is. 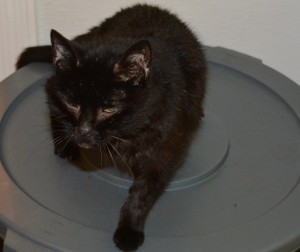 He’s the old man of the house and will be 15 years old. He’s had some medical issues recently but we are thankful for all the help and good service that he’s received at East Atlanta Animal Clinic. Mom and dad brought him home a few years ago and honestly didn’t think he was going to make it past a few months but he fooled all of us and is still with us. He made myself at home from the start and has really come a long way. 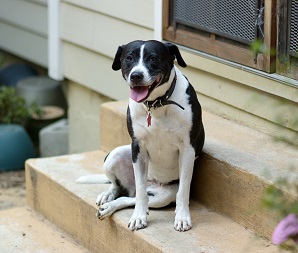 She used to go to work with dad every day. One day instead of getting in the truck, she sat on the house steps and officially retired that day. Dad put her back in the house and she never got up again for work. No one saw it coming, but sometimes that happens in the corporate world. She had enough of getting up early every day and would much rather stay with us in the warm house. They eliminated her position at the company because she was irreplaceable. 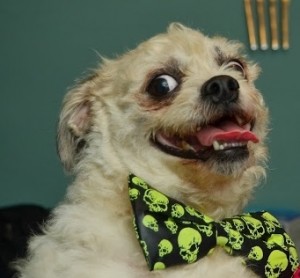 He is the court jester of the family and makes everyone laugh every single day. He went to a tricks class with mom and learned some cool stuff. You don’t even have to ask him to do the trick, he will just do it to get a laugh. He is a real goober and he has a face that only a mother could love. And you know what, she does love it very much. In addition to his good sense of humor, he is really sweet and has never met a stranger. 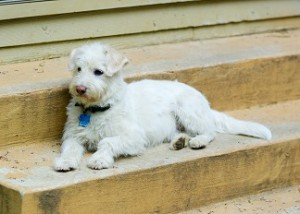 He is a really laidback dog and sometimes people think he isn’t very bright but that is so not true. He didn’t go to tricks class but has learned many of the tricks just by watching Spider. That proves he is a smart fellow plus he saved mom money on his own class and now she can buy us more treats.